This week I will be selecting and placing boulders at one of our in-progress projects in Portola Valley, CA. This landscape gradually bleeds into the natural hillside, and the use of boulders as architectural elements, together with grasses and indigenous plants, helps blend our newly created landscape into the surrounding area. However, if we design and install these boulders without an eye to their natural placement and their relationship to the adjacent countryside, our use of them as a bridging element in the landscape will be compromised.

With that in mind, I thought I would write about the placement of boulders in the landscape and how to use them successfully as architectural accents – much as you would a piece of sculpture or a prominent plant. In this discussion, I will specifically describe how to use natural boulders as artistic features, though they may at times serve an additional function. I do not intend for the boulders here to be placed as sculpture in the more traditional sense. One may find a stone with as much beauty as anything formed by human hands, but within the context of all but a few unique landscapes, their placement as a piece of sculpture would convolute intention. 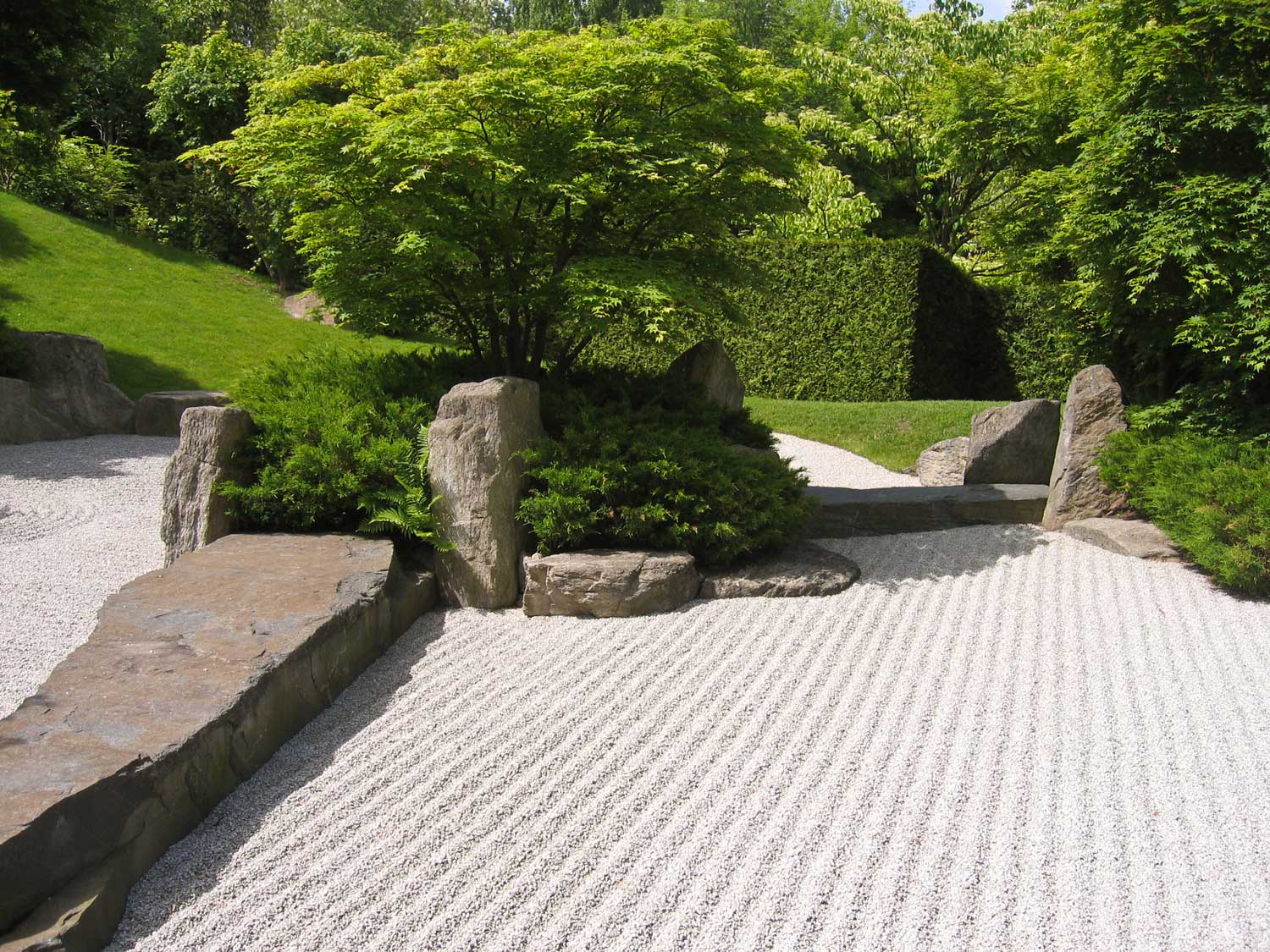 Traditional Japanese and Chinese gardens attached meaning and metaphysical significance to the placement of boulders. I will not go into that subject in this post, but it is important to realize the East Asian influence on the use of natural boulders as features within a designed landscape. It is hard to imagine a Chinese or Japanese garden without incorporated boulders. The gardens tended to be an idealized microcosm of natural beauty, and accurately conveying the best of nature required careful placement of the boulders. In the West, stone was commonly used in landscapes as a construction material in walls and other structures and as a paving surface for millennia. However, it was not until the cultural contact with the East had influenced the early English landscape garden designers that the practice of incorporating boulders as natural features became an accepted design instrument.

Being a natural material, the best way to understand how boulders should look in the landscape is to learn from the way they occur naturally in the uninhabited environment. In most circumstances, the boulders in any single landscape will be of the same type of stone, so it is best to use only one type of stone for your boulders. There are exceptions in nature, often caused by glaciation, but for our purposes, it is best to follow that rule. If you can match the existing natural stone that your landscape is blessed with, please do so. 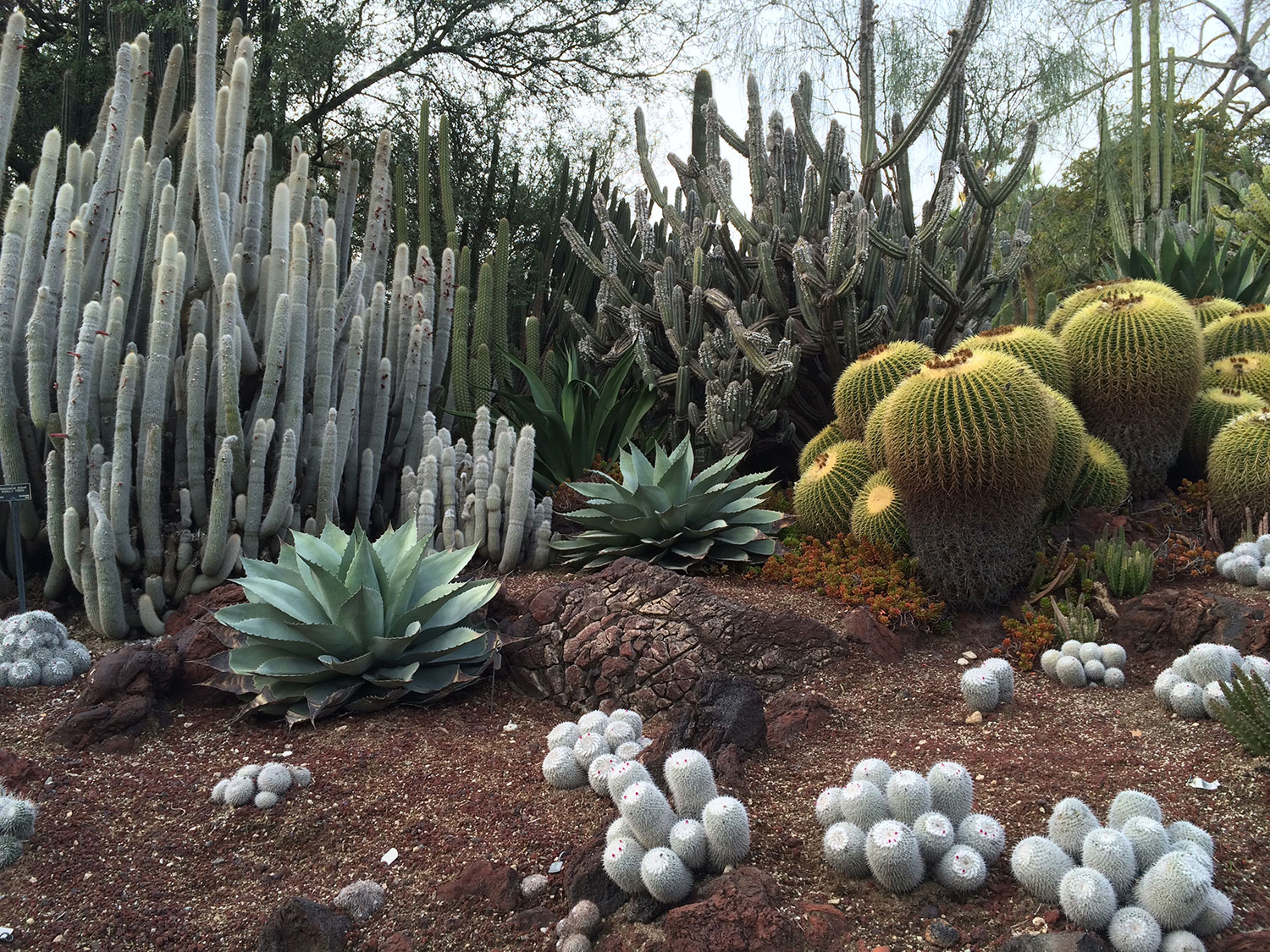 There are three general ways that boulders are found positioned in nature that can inform the positioning of boulders in a designed landscape. In the first condition, the boulder emerges from the surrounding softer soil, often as an outcrop of a larger vein of stone below. I call this the “tip of the iceberg” condition, as the stone appears to be mostly buried. When the stone is placed in the middle or upper reaches of a slope, it is the most believable form to emulate, and in general it should be the default way of placing most individual boulders. In nature, the boulder will have at one time been buried by sediment or soil. As the softer soil erodes around it, the boulder slowly emerges. To visualize this I like to think of the boulder as a tiny “El Capitan” of the Yosemite Valley. Looking at the photo below, the mountain looks to emerge from the valley floor. The key to emulating the “tip of the iceberg” condition is to partially bury the boulder enough so that it is easy to imagine that more than half of the stone is below the finished surface of the surrounding soil. This gives permanence to the boulder, and allows it to be an anchor in the landscape. 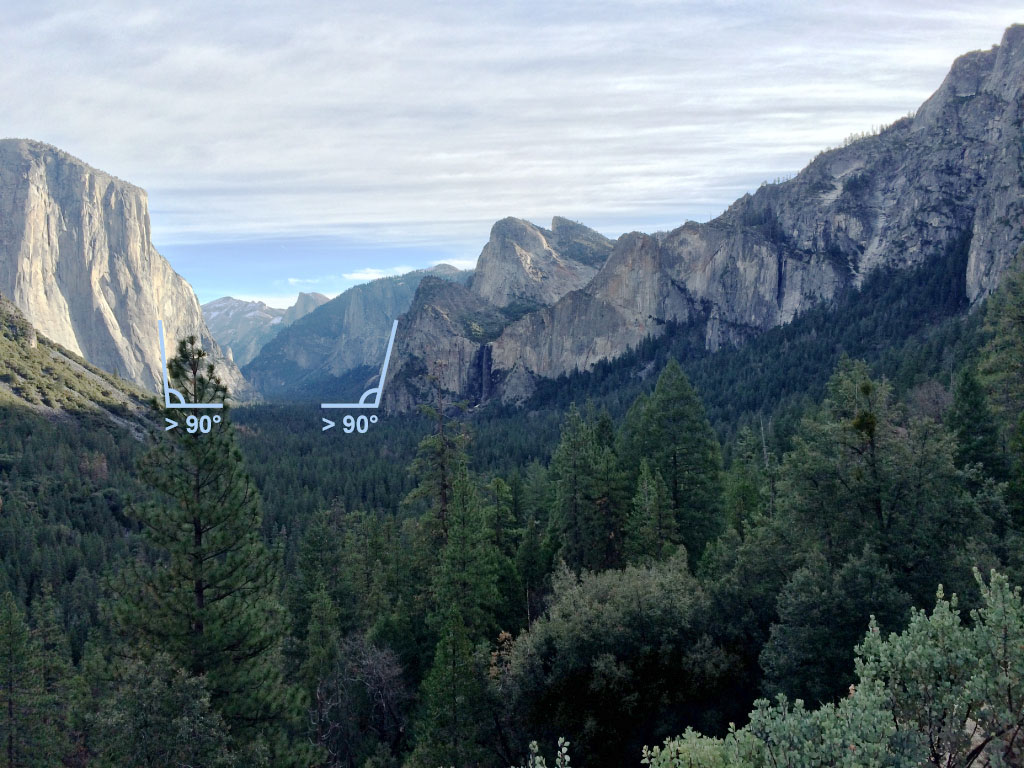 El Capitan, a massive granite boulder emerges from, rather than sits on the Yosemite Valley floor. – Photograph by Adam Nugent.

The best way to achieve this is to keep the flatter surrounding surface that touches the sides of the stone – be it soil, ground-cover, or water – at a 90-degree or greater angle to the sides of the boulder. Treat the surrounding ground like the ocean and the boulder like an iceberg floating in it. Careful selection of boulders can allow you to achieve this without burying most of the rock. Try to find boulders that have a flat side, and place that side in a shallow depression. Then replace the soil around it to a level that hides the bottom of the boulder.

In the overall placement of these boulders, situate them so that they appear at random in the landscape, especially those landscapes with little slope or terrain changes. Often people misinterpret “random” to mean, “not aligned, but evenly spaced” – like a Dalmatian’s spots. That is not how they actually appear in nature. It is best to either keep boulders as isolated statement pieces or cluster them in irregularly spaced groups. If at all possible, keep them in odd numbers and have within the group a variety of boulder sizes.

Now, there are boulders found in nature that do not appear to emerge from the earth, and they tend to be those that have moved recently (in geological terms). Streams and washes are common places to find boulders, as swift water tends to carry away sediment and leave larger rocks. Areas affected by rockslides are another place where you’d likely encounter large boulders. Rockslides usually contain a large number of boulders piled on top of each other, but lone boulders resting on top of the ground can also indicate a relatively recent rockslide. They connote instability, and hikers quickly learn that they are rather precarious to cross. While rockslides may be impressive sights, they do not convey serenity. I would not recommend emulating them in most designed landscapes. If I had to wager, I would guess humans are naturally wary of rockslides in much the same way that they learn with exceptional quickness to be wary of spiders and snakes. Rockslides imply treacherous terrain. Placing a boulder haphazardly in a landscape on top of the ground plane could tap into this unsettling intuition. 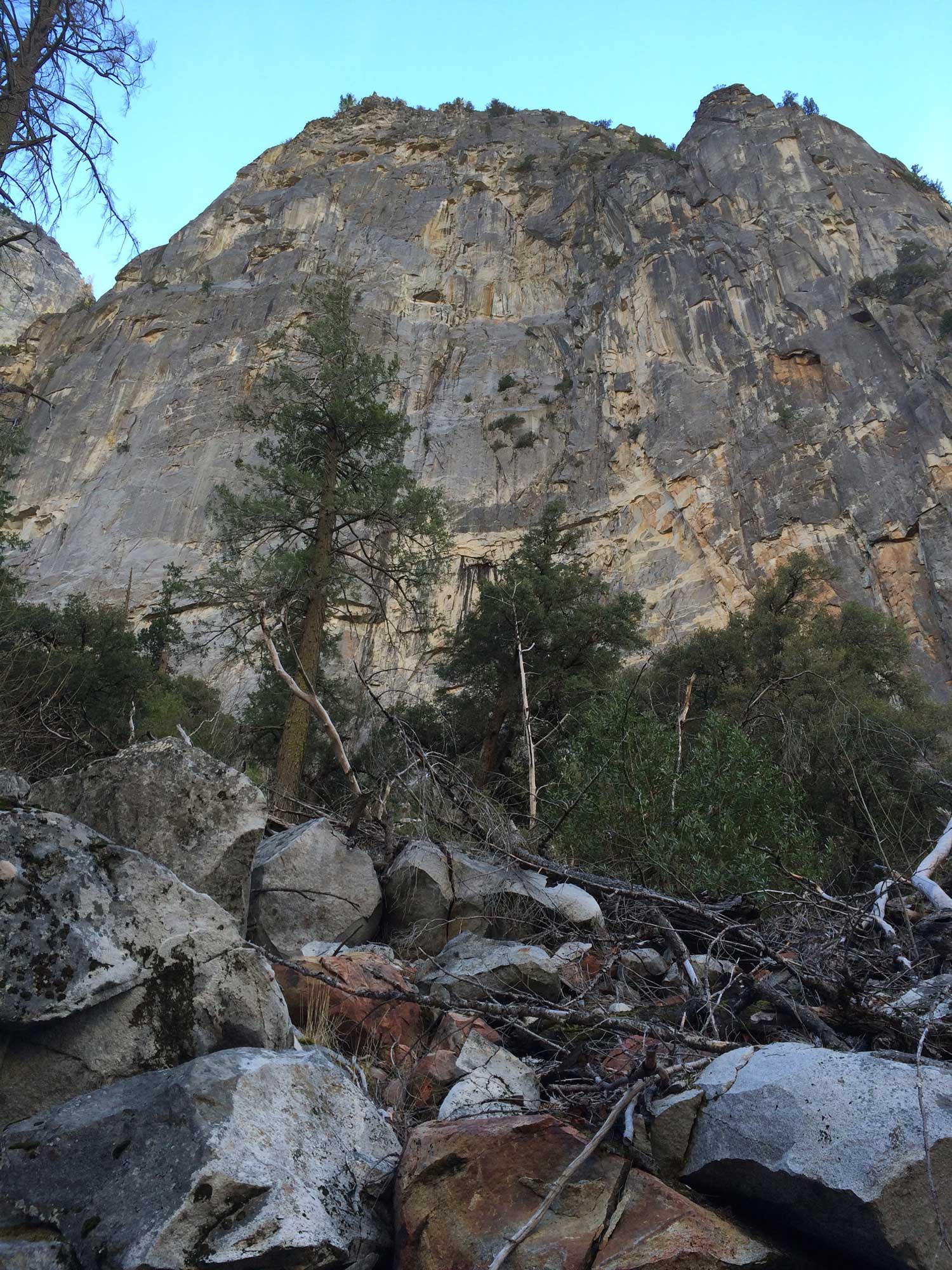 On the other hand, streams and washes share some characteristics with rockslides.  The force of flowing water often reveals past movement. However, we tend to find them soothing, and knowing how to create the impression of a wash or stream, but not a rockslide is another key to successfully placing boulders. Boulders found in streams are either emergent or found together with a great number of smaller stones. If you do not bury the boulder partially in a designed streambed, be sure to include a large amount of smaller stone of various sizes with it. You can get away with not burying a boulder in this context because faster streams will often wash away the soil and muck that would otherwise surround the stones.

The rocks along streams tend to be smooth after years of weathering, so using a weathered stone is important. The key to creating a believable streambed with boulders is their placement within an actual draw or swale in the landscape. The flow of water always follows the lowest channel within any watershed, and that should guide the layout of an artificial one in the landscape. When boulders are found in a stream, they are often stubborn remnants of a larger mass of rocks. Place them at twists and turns in the flow path or where they can appear to hold up the bank of more meandering swales.

If you are interested in learning more about the use of natural boulders in your upcoming landscape project, please don’t hesitate to contact our office.  We would be happy to point you in the right direction. 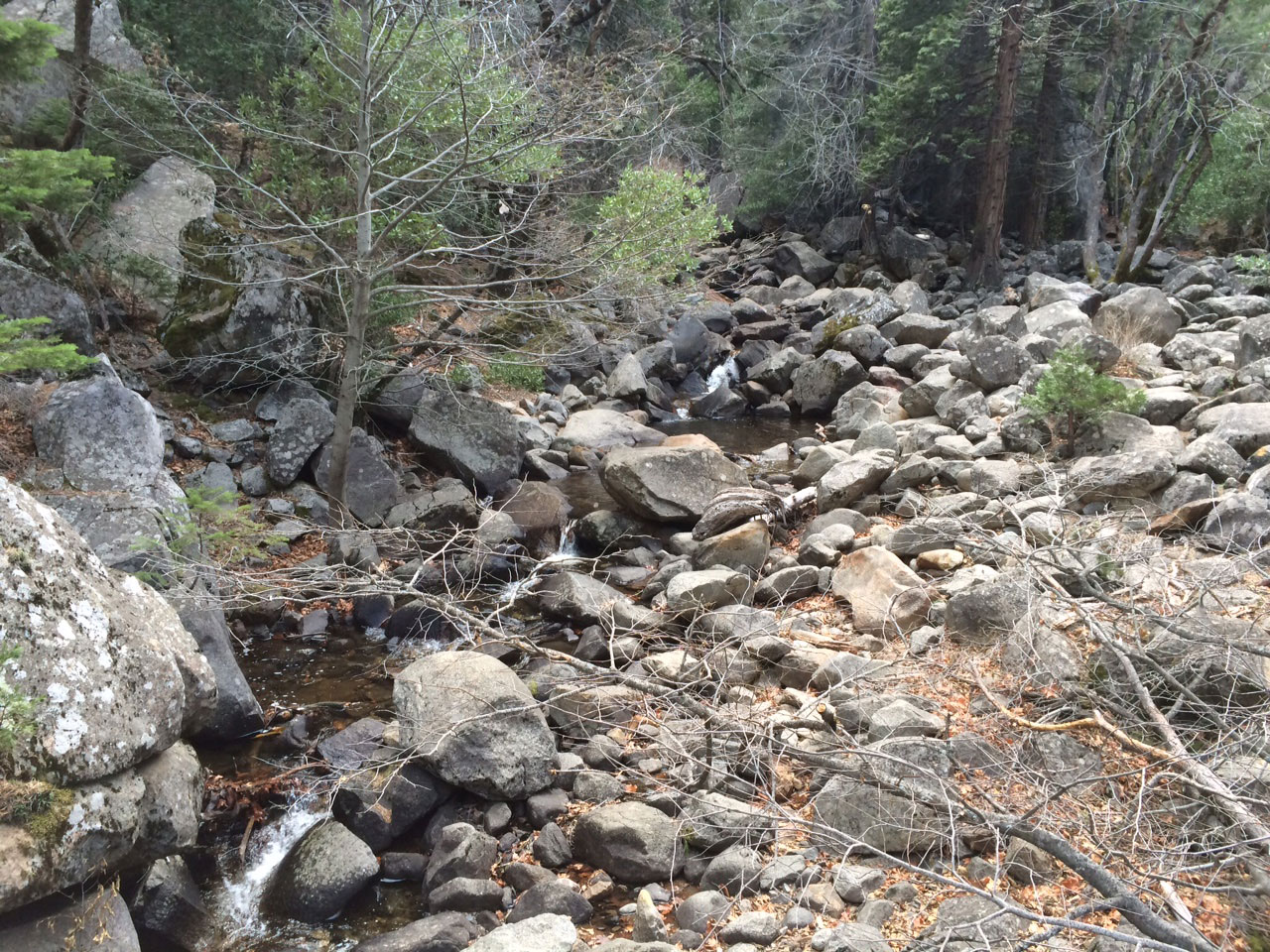